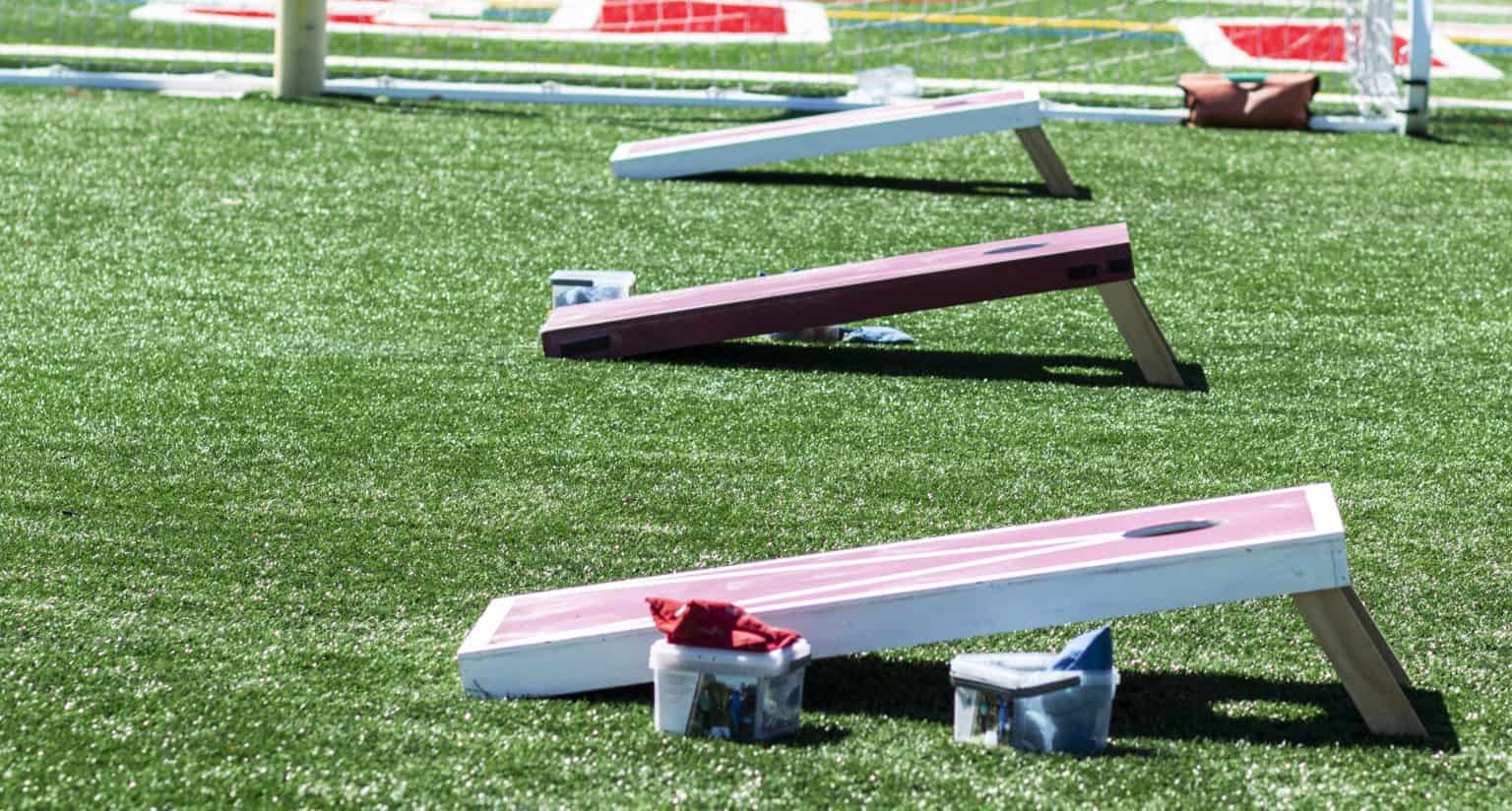 The Longest Cornhole Shot in the World

Marty Smith attempted to break the previous record on a Saturday football game between the University of Georgia and the University of Tennessee. This means that he was live on TV and the pressure was high. Despite everything, he managed to sink his shot from a distance of 76 feet.

Smith’s shot was also ranked No. 5 on SportsCenter‘s weekly Top 10 list. After nailing the shot, the announcer said “There is nothing that I’ve ever experienced that created the euphoria of winning the redneck Olympics.” 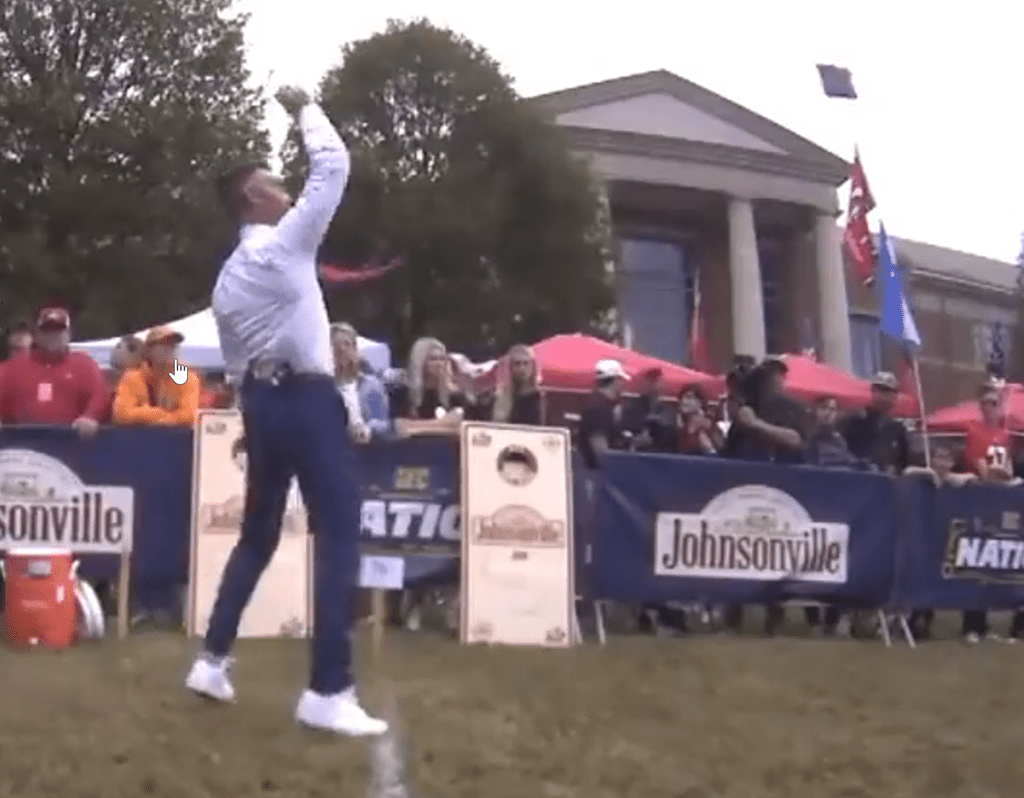 Only a Year Later Than the Previous Record

Up until now, the record was held by Jonny Gordon. The man loved playing cornhole with his brother and decided to make an official attempt of setting a Guinness World Record on November 06, 2021.

The record was planned to take place on a basketball court, but due to the heavy rain, they moved the event to the Florida Gators’ stadium. Gordon sank his shot from a distance of 75 feet and 1 inch. It looks like November is the perfect month for setting records involving cornhole, as there is exactly a one-year and one-day difference between the two successful attempts. 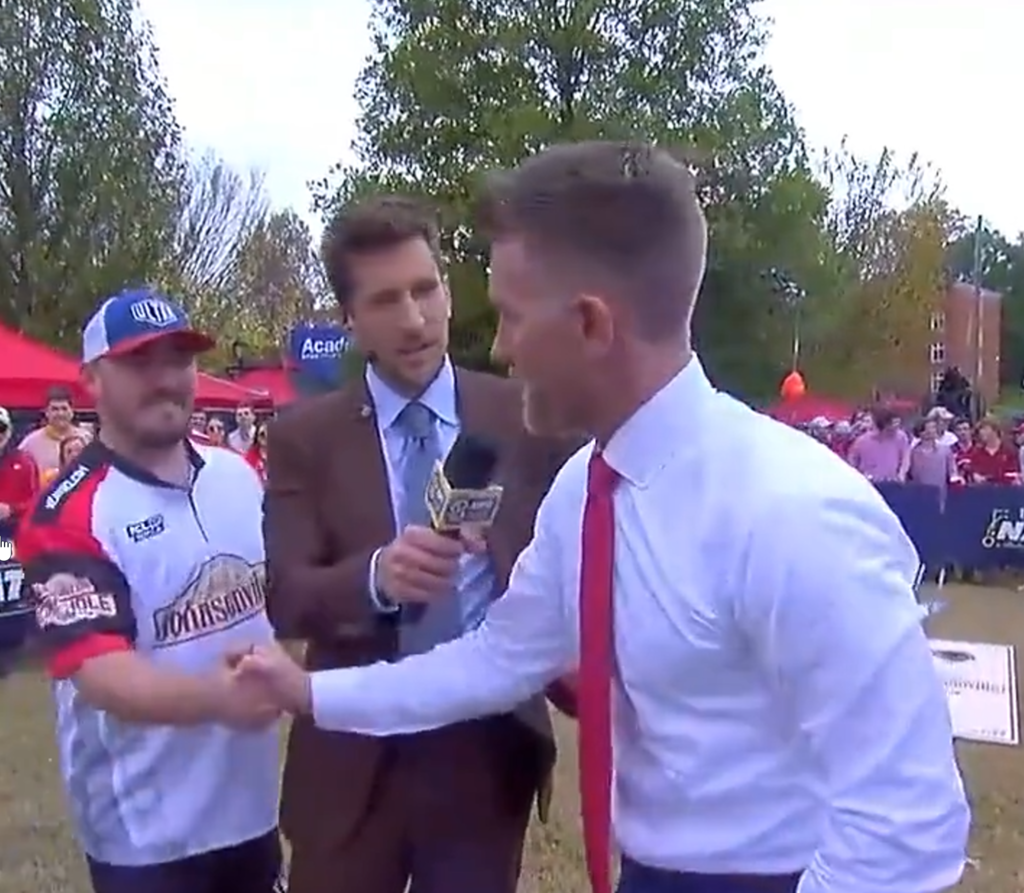 After beating the record, Marty Smith gave an interview where he explained that he used to throw vertically but his coach, Chris told him to turn the bag for better aerodynamics. While Marty Smith didn’t specify how long he had prepared for the attempt, he shared that he had been throwing the bag the wrong way for more than a week before changing his technique.

A new dinosaur with very small arms was recently discovered in Argentina. The newly found species ...

We’ve all suffered through interviews where the questions have pushed us to try hard and find the ...

How Jay-Z and Nipsey Hussle Collaborated on a Classic Track

Judas and the Black Messiah is a 2021 American biographical drama film directed by Shaka King and ...